John Wroten, long-time popular janitor of the Worth County Court House, was born in Pittsburg. Pa., June 9. 1839. When he was eight years of age the family moved to Bureau county, Ill., where he remained until 1859, when he emigrated to Kansas. In 1861 he enlisted in Co. D, 7th Kansas cavalry and served for over four years. After the war he lived three years in Illinois, one year in Northwood and then went to Kansas, where the grasshoppers ate everything he raised for three straight years. Then he re­turned to Northwood, where he has since remained. For the past 12 years he has been janitor of the Worth County Court House. 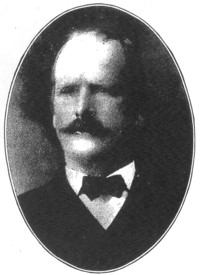