E. H. Pangburn, who has for the past ten years been the popular janitor of the Northwood school system, was born in the city of New York on the 8th day of February 1849. When he was the age of eight years, the family moved west ward and settled in Jackson county, Iowa and three years later moved to Jones county, Iowa, where the subject of this sketch grew to manhood. Twenty years ago he came with his family to Northwood, which has ever since been his home. Ten years ago he was chosen janitor of the schools which position he has since occupied continuously.

Mr. Pangburn was united in marriage in Jones coun­ty on the 21th day of December, 1864, to Miss Elizabeth Fisher. They have one son. Dr. S. A. Pangburn of Northwood. 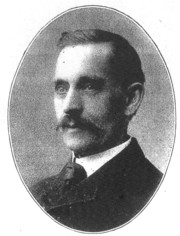