He was preceded in death by his parents; a son, Charles; and two brothers, Raymond and Weldon.

Funeral services were held March 12, 1993 at the Wagler Funeral Home with the Rev. Richard Iles officiating. Burial was in the Pulaski Cemetery.

Memorials to the Pulaski United Methodist Church or the Davis County EMS/First Responders. 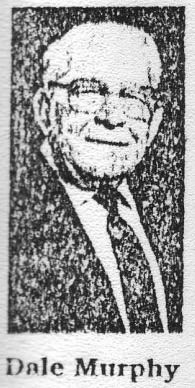