Dead are Robert Wayne Anderson, 21, of Farmington, driver of the car, and a passenger in his car, Judy Byrn, 24, of 212 South 14th St., Keokuk. They were reportedly en route to Farmington to attend the Jaycee Jamboree in which Anderson's father was a member of the cast.

According to officers, Anderson was northbound when he lost control of his car which left the highway on the left side, traveling 65 feet striking an embankment, then flipped and traveled 30 feet more striking a utility pole while air-borne. The 1963 Chevrolet was demolished. Power service was interrupted for several hours.

Both the driver and his passenger were pronounced dead at the scene by the Lee County Medical examiner, Dr. Frank Richmond Sr. of Ft. Madison. 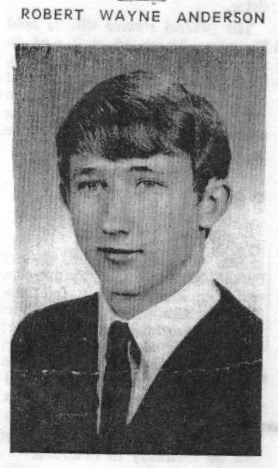