Dailey gives back through volunteerism
By Pam Schoffner

[Editor's Note: The following article appeared in the March 15 edition of Care-Matters, the official publication of HCI Hospice Care Services. It is reprinted here in its entirety with permission of the publisher.]

He became an HCI Hospice Care Services volunteer in 2010 after the death of his beloved wife of 62 years. Jake was so grateful to the dedicated staff and volunteers who cared for her and supported his family that he felt compelled to give back to others as a hospice volunteer. In 2012 he was recognized as a Volunteer of the Year by the Hospice and Palliative Care Association of Iowa.

"The military bond is something special," says Jake, who enjoys providing companionship to vets receiving care from HCI Hospice Care Services. His understanding and compassion have enabled him to develop special relationships and share emotional moments about the toughest aspects of wartime with patients. During World War II, Jake served in the South Pacific [Page 9] as a Navy surgical assistant (1942 through 1945) and did "everything but the cutting" in caring for wounded soldiers. He returned to duty in 1951 during the Korean War, spending more than a year at Great Lakes Naval Hospital as a radiological defense and disaster technician. He served in the Navy Reserve for three and a half years.

Of his hospice volunteering, Jake says, "I truly appreciate being healthy enough to be able to meet these veterans. I receive much more than I give. I give emotional support, and I receive heart-felt pride, humility and emotion from these vets. This feeling is now more intense. It's deep and spiritual for everyone who served as a Veteran. I try to share that pride with them."

Jake, who participated in an Honor Flight to Washington, D.C. in 2009, says, "The Veteran-to-Veteran program has given me a greater appreciation for all Veterans, especially those who served when I did. The stories and knowledge of those who served have given me a peaceful felling that could only come through the experience of a hospice volunteer." 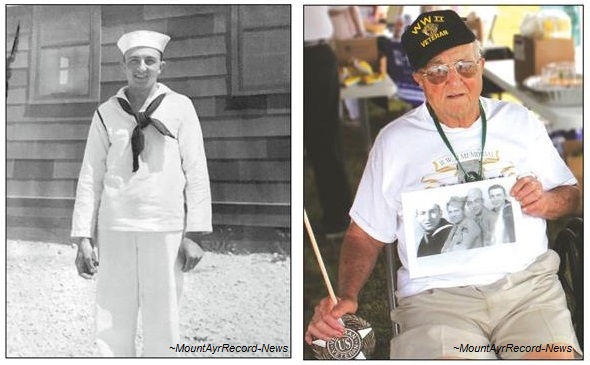