Mass of Christian burial will be 11:00 AM Monday, Feb. 15, 2021 at Sacred Heart Catholic Church, in Owatonna. Friends may greet the family one hour prior to the funeral starting at 10 a.m.

She was born Oct. 9, 1933 in Cresco, the daughter of Leland and Irma (Patterson) Gossman. She graduated Salutatorian from Canton (Minnesota) High School with the class of 1951. Norma was united in marriage to Melvin A Oyloe on June 2, 1951 at St Agnus Catholic Church, Cresco Ia. Norma and Mel adopted 3 beautiful babies named Jann, Kevin, and Christine.

Norma and Mel originally farmed south of Cant{o}n, Minn., and moved out of state for a year & returned to Canton for 7 years where they built & ran the Mel-O-Creme drive thru. In 1967 they moved to Owatonna. She was a homemaker raising her 3 children until becoming a bookkeeper/secretary for Father Clayton Haberman in Adams, Janesville and New Richland parishes. Norma loved tending her flowers, finding deals at thrift stores & rummage sales and decorating her house.

She was preceded in death by her parents; her husband Melvin; one brother, Donald Gossman; two sisters, Laurice Fulsaas and Lois Henry. 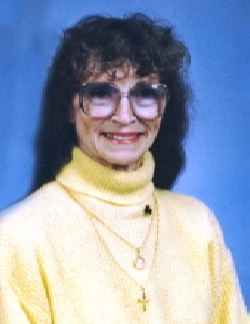