Helen Mae (Bjelland) Holstad was born on January 6, 1927, in rural Joice, Iowa, to John and Esther (Hanson) Bjelland. Blessed, she had an older brother, Thayne. Baptized by Pastor O.R. Sletten and confirmed by Pastor Joseph L. Knutson at Salem Lutheran Church in Lake Mills, she attended Country School District 4, Silver Lake Township, grades one through eight and graduated from Lake Mills High School with the Class of 1944. She, always, loved music, playing piano for many events in school and playing percussion in the band.

On March 24, 1946, Helen married Virgil Holstad at Salem Lutheran Church with Pastor Howard Blegan officiating. They were blessed with three daughters: Vonice Marie, Julie Ann, and Amy Jo. Helen and Virgil spent their life farming together-initially on three different farms by Emmons and one by Round Prairie Church until they purchased the farm on the hill, rural Twin Lakes, Minnesota, in 1963. They moved to Lake Mills in 2007. Helen, actively, participated in the running of their dairy farm. She, even, had her own special John Deere tractor. On the farm, she found great joy in mowing their large yard and maintaining her garden. In addition, she treasured taking part in the life of her community. She participated in the church circles and the Ladies Aid Society. Moreover, she served as the church organist at the Round Prairie Lutheran Church for forty-four and a half years. She accompanied many singing ensembles and played for numerous weddings. Helen, also, had many piano students for many years, two of whom are now organists themselves.

Grandma Helen enjoyed passing on many traditions to her family including freezing corn, canning tomato soup, making lefse and popcorn balls. No Christmas was complete, however, without her Swedish meatballs and special cheese ball. In addition, she, always, had goulash and apple pie in her freezer for whenever company dropped by.

She would spend her special times playing cards with her friends and grandchildren. Both Helen and Virgil loved square dancing and ballroom dancing, and they enjoyed the fellowship with those friends for many years. They traveled many miles in their motorhome with one or the other driving. They were snowbirds migrating to Texas, Arizona, and California from 1990 to 2008. In addition, they traveled to Norway twice as well as to Germany, Switzerland, and Austria. They, especially, enjoyed their family trip to Norway and Sweden to the ancestral farm in 2005.

A loving daughter, sister, wife, mother, grandmother and friend, Helen Mae, always joyful, hardworking, and humble, placed God and family at the center of her life.

Funeral services will be held at 11:00 AM on Saturday, November 16, 2016, at the Emmons Lutheran Church, 490 Pearl Street, Emmons, Minnesota, with Pastor David E. Schafer officiating. Visitation is scheduled for one hour before the service at the church on Saturday. Cremation will take place after the service with burial of the ashes at a later date in the Salem Lutheran Cemetery, Lake Mills. 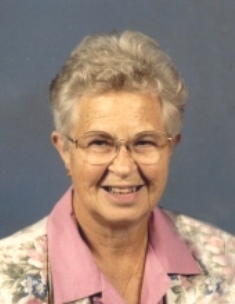