John M. Brock was born on May 5, 1958, to Choen and Norma Brock. In 1976, he graduated from Forest City High School. At a young age, he worked at Mitz and Berthas. One year, he ventured out west for the wheat harvest with his uncle, Bob. Afterwards, he worked at several places including 3M Industries, Winnebago Industries, Spahn & Rose Lumber, and currently at Branstad Farms.

John married Cheryl in 1978. They had one son, Branden Brock. In 1989, he married Dawn, who added her son, Darin Perkins, Jr., to the family. Moreover, they, subsequently, adopted Makenzie Hoeft-Brock in 2006.

John loved to ride his Harley; especially on the Memorial run every September for his son Branden. He enjoyed demolition derbies, thereby earning many trophies through the years. In addition, he loved riding snowmobiles, getting stuck, and doing dumb things. Otherwise, he loved repairing anything he could get his hands on. As a result, we, even, had to hide the grey tape. Driving his beloved 57 Chevy and two-stepping at every wedding are also things he enjoyed very much.

He hated peas, a fact he was, forever, bring up. Buuuut, he had a love for food. Above all else, however, he valued his family. A loving father, husband, brother, uncle, and friend to so, so many, he could, easily, bring a smile to anyone and everyone who chatted with him. We will very much miss his infectiously loud, joyous laugh.

He was survived by his wife, Dawn Brock; his daughter, Makenzie Hoeft-Brock; his mother-in- law, Carmen Holland, his sister-in-law, Cyndi (Alan) Vanderweyden; his sister, Trudy (Larry) Folkerts; his brothers, Rickie and Terrel (Tammy) Brock; and his sisters, Jodene (Gary) Bartleson and Rhonda King; as well as by several nieces, nephews, great nieces, great nephews, and many cousins.

Those preceding him in death include his son, Branden Brock; his stepson, Darin Perkins; his parents, Choen and Norma Brock; his father-in-law, Ordean Fredrickson; his stepfather-in-law, Bob Holland, his sisters-in-law, Karen Brock and Darla Beck; his nephew, Jeffery Good, and his niece, Jillian Hoeft.

Funeral services will be held at 10:30 A.M., Saturday, November 9, 2019, at Calvary Baptist Church in Forest City with Pastor Doug Farrell officiating. Visitation is scheduled from 4:00 to 7:00 P.M., Friday, at the Cataldo Schott Funeral Chapel, 505 North Clark Street, Forest City, Iowa 50436. Burial of cremains will follow at a later date in Oakland Cemetery. In lieu of flowers, memorials may be directed to the John M. Brock memorial fund in care of the family. 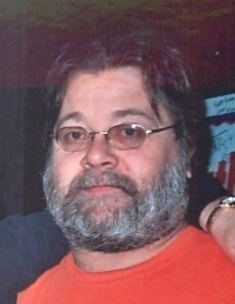