in Panama after the town was named in 1884, she lives with her twin daughters, Celestine and Geraldine Mischo. Another 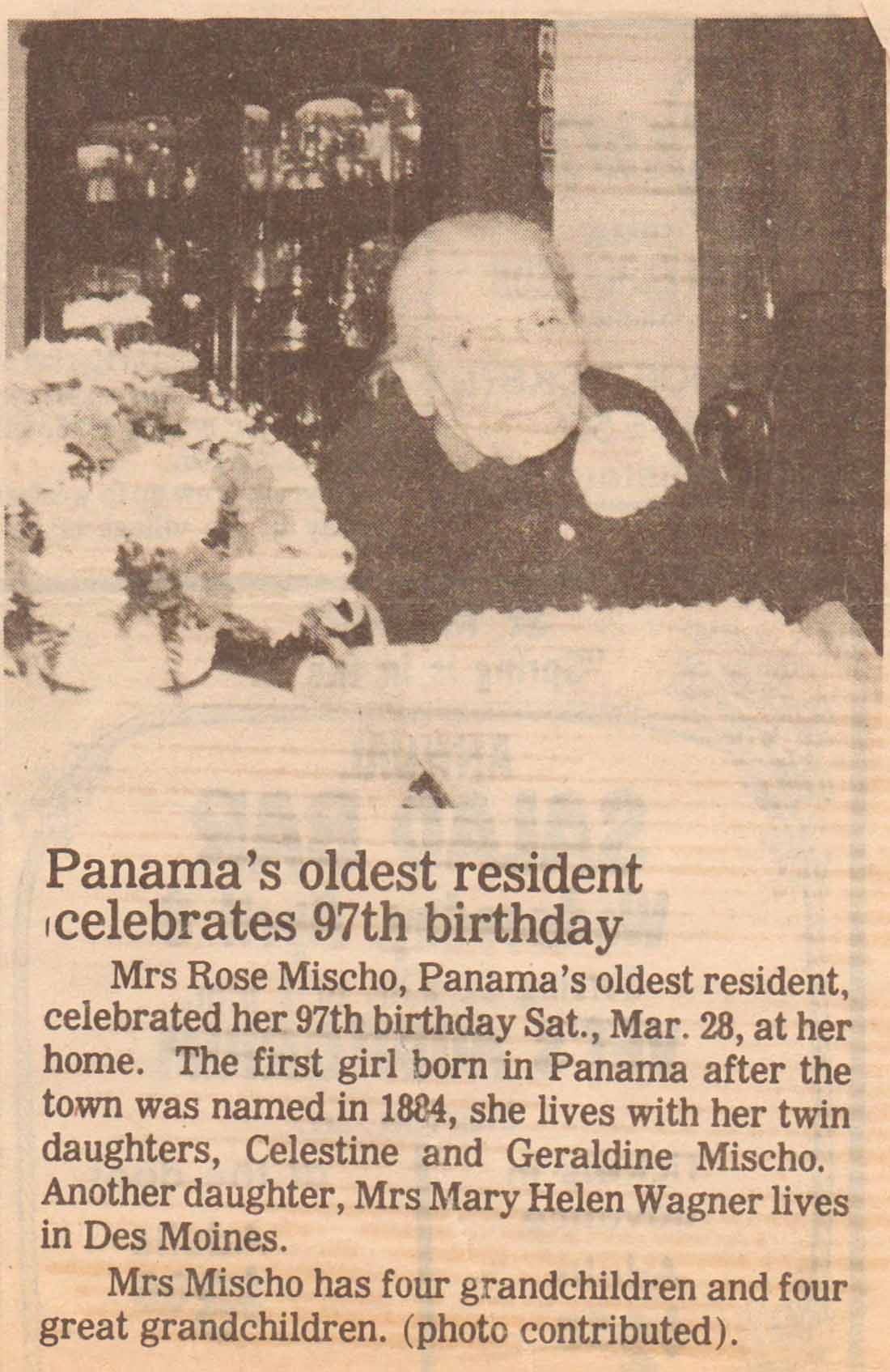