Maribel Moreno, 35, of Whiting, Iowa passed away Saturday, April 2, 2022 at Burgess Health Center, Onawa, Iowa. Maribel was 37 weeks pregnant with her daughter, Aidan Danielle Smith and they passed together.

A funeral service will be 5:00 P.M. Friday, April 8, 2022 at St. Joseph Catholic Church, Salix, Iowa with Father Michael Erpelding, officiating. A live stream of the service will be posted on the Goslar Funeral Home website with Maribels obituary. Visitation will follow until 8:00 P.M. at the church. Arrangements are under the direction of Goslar Funeral Home and Monuments, Onawa, Iowa.

Maribel was born July 27, 1986 in Santa Ana, California, the daughter of Guillermo and Amalia (Lupercio) Moreno. Maribel was baptized in the Santa Ana First Pillar Church and also took First Communion there. Maribel was confirmed at San Miguel El Alto. She attended Carver elementary school in Santa Ana, California, Overland in Colorado, and North Dallas in Dallas, Texas. Maribel moved to Sioux City, Iowa and graduated from North High School. She furthered her education at Morningside and Western Iowa Tech in Sioux City and obtained her LPN. Maribel was currently working at Walmart as a team lead in Sioux City, Iowa.

Maribel and John Smith were united into marriage August 2, 2020 in Las Vegas, Nevada.

Maribel loved being a hard worker, caring, and always being someones shoulder to cry and lean on. She was the most studious person. Maribel enjoyed playing with her pets and taking her sister and mother places. She enjoyed all the little things in life with others that surrounded her. Maribel loved her animals, reading, and traveling.

She was preceded in death by her grandparents, Domitila Miranda, Eliodoro Lupercio, Baudelia Hernandez, and Miguel Moreno; and her black lab, Kender Daniel Moreno. 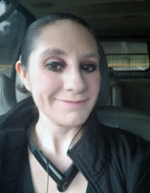