Betty was born January 11, 1932 to Roy Bryan Heistand and Minnie Pearl Lovell at the family farm southeast of Moorhead, Iowa. She grew up with her sisters Lavonne, Bernadine, and brother Elvin in the Moorhead area and attended country school and Moorhead High School.

On December 31, 1949 she married the love of her life Donald Henry Gray, Sr. Their first few years together they lived in the Onawa area until they moved to Turin where they bought the old D.A. Wolfe house. In 1962 they traded their house to Howard Hunt for an acreage south of Turin where they made their home and raised their seven children; Cathy Dawn, Donald Roy, Edwin Charles, Richard Dana Dick, Kerry Rogene, Kenneth Lynn, and Michael Shannon.

Don and Betty moved to Onawa in 1998. On March 7, 2022 she was thrilled to move back to her country home in Turin where she once again got to enjoy watching the deer out her bedroom window and was looking forward to going mushroom hunting.

On April 14, 1970 Betty was baptized as one of Jehovahs Witnesses. From that day forward she zealously shared the good news of Gods Kingdom with everyone she met right down to the very end of her life. 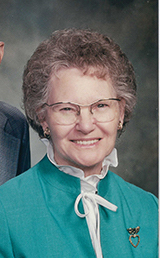