Formerly of lime Springs - Charlene L. Hebrink, age 87, of Mesa, Ariz. and formerly of Lime Springs, Iowa, passed away on Monday, Jan. 4, 2021.
A memorial service will be held in Lime Springs at a later date.
Charlene Lenore Hebrink was born on March 3, 1933 in Des Moines, Iowa, the daughter of Benjamin Ratcliff and Ruthe (Auringer) Ratcliff. Following the divorce of her parents, she and her mother lived in Conrad, Iowa and then relocated to Lime Springs, when her mother married Fred Latcham.
Charlene graduated from Lime Springs High School in 1950. While there, she participated in chorus, band and played basketball. Following graduation, she worked in the telephone office in Lime Springs and Janesville, Iowa.
On March 3, 1951, she married Loyal Hebrink. After his return from the service, they made their home on a farm north of Lime Springs. Together they raised their family, Richard, Margie, Debra and Kevin.
The couple moved off the farm to a home in Lime Springs, where they ran the local gas station for multiple years. Charlene spent many years as the Avon representative in the Lime Springs area. She enjoyed singing, doing crafts and visiting with family and friends.
The couple spent the winter months in Mesa and eventually sold their home in Lime Springs and moving to the Mesa area. She will be greatly missed by all who knew her.
Charlene is survived by her children, Richard (Brenda) Hebrink of Lamont, Iowa, Margie Pankratz of Phoenix, Ariz., Debra Malone of Apache Junction, Ariz. and Kevin (Janet) Hebrink of Lake Mills, Iowa; eight grandchildren; and 16 great-grandchildren.
Charlene is preceded in death by her husband, Loyal; her parents, Ben Ratcliff, Ruthe Latcham and stepfather, Fred Latcham; brother, Rex Ratcliff; and son-in-law, Stan Malone. 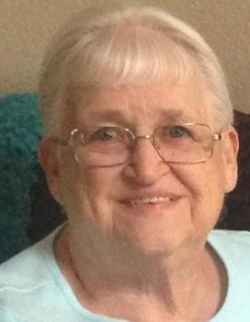