CRESCO - Dean Thomas Ollendieck, age 70, of Cresco, Iowa passed away peacefully, surrounded by his loving wife of 50 years and his four children on Sept. 13, 2020.
Due to COVID-19, private services for immediate family were held on Wednesday, Sept. 16. He will be laid to rest on the south side of Orleans Lutheran Church Cemetery in rural Ridgeway, Iowa. Dean would love friends and family to visit his resting place anytime to reminisce and say their goodbyes.
Dean was born on June 20, 1950 in Cresco to Ben and Irma Ollendieck. He graduated from Notre Dame High School in 1968. He spent a year taking welding classes in Calmar as he waited for his love to graduate from high school.
Dean made the best decision of his life and married Sonia Hovey on June 27, 1970. To this union, they were blessed with four children. The couple took on various jobs until starting a challenging but rewarding journey of owning their own restaurant, Park View Cafe. Together, they proudly ran the establishment while simultaneously raising their children. There were many moments of juggling crying children while waiting tables and late nights changing diapers while still waking up early to open the cafe. It was chaotic and stressful but provided their kids with the best memories, exceptional cooking skills and unmatchable stories filled with laughter. Dean is remembered by his customers for his patience, good food and unconditional kindness.
After 23 years, he sold the cafe and took a leap of faith into a different profession. With just a brief stint at Donaldsons, Dean took a position as a Home Medical Technician for Howard County Hospital. He touched many lives with his thoroughness and joking demeanor as he delivered and installed medical equipment, while bringing joy during unfortunate situations.
Dean retired in 2013, but could not sit idle for long. He took a part-time job cleaning at Immanuel Lutheran Church. He took pride making the church look its best and reluctantly stepped down when cancer treatments started to affect his health.
Dean, lovingly referred to as Deanie or Ollie, enjoyed competitive slow-pitch softball in his younger years, listening to 60s music, going for walks while stopping to visit with everyone he saw and traveling to see all of his kids. He was known for his quirkiness, being prepared for all situations, contagious enthusiasm at sporting events and his UNI purple jacket and neon yellow-billed Starter ball cap.
His famous sayings were Sounds like a winner! and You betcha, and he never passed up an opportunity to grab a cheeseburger. He loved Sonia with every ounce of his body and was immensely proud of his entire family. He was the most dependable father, who raised his children to exude the same traits of integrity and work ethic that he lived by.
Dean battled lung cancer courageously for nine months. During his numerous stints in the hospital, he never met a stranger. Up until his very last moments, he joked with his nurses and thanked them for their diligent care.
Dean is survived by his devoted wife, Sonia; children, Shawn (Barb) Ollendieck of Bettendorf, Iowa, Reggie Ollendieck of San Antonio, Texas, Traci (Riley) Williams of Andover, Kan. and Thomas (Sonia Sida) Ollendieck of San Antonio; seven grandchildren; three brothers, Chuck, Kenny and Dick; three sisters, Doris Ferrie, Jean McCarville and Joyce Sweeney; and many nephews and nieces.
He was preceded in death by his parents; two brothers, Bob and Don; two sisters, Marion and Judy Tucker; and several nephews and nieces. 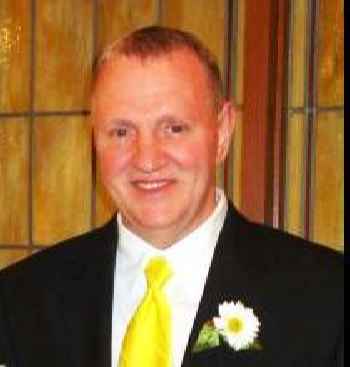