He served two years in the Civil war, taking part in several engagements, including the Battle of the Wilderness. He received his discharge on June 30, 1865 and returned to Pennsylvania where he remained until 1869.

In that year he moved to Illinois and in 1872 came to Iowa, locating in Ingham township, Franklin county. His wife, who was Miss Catharine Hartman is living, also, two children, J. Everett Gibson, Hampton and Mrs. Ora May Hansell, wife of C.H. Hansell, Hastings, Nebr.

Mr. Gibson is a staunch democrat and has served on the board of school directors. 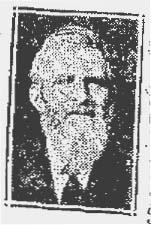