ELIAS H. WILLIAMS
Served on the Iowa Supreme Court from January 19, 1870, when he was appointed to fill
the vacancy occasioned by the retirement of John F. Dillon, until he himself resigned
September 14 of the same year.

Born at Ledyard, Connecticut, July 23, 1819. He was graduated from Yale college and
migrated to Clayton county in 1846 where he entered the practice of his profession at
Garnavillo. Soon thereafter he was elected County Judge under the then new system of
county courts and, in 1858, was elected Judge of the District Court which position he held
until he came on the Supreme Bench.
Judge Williams was active as well in farming and the promotion of railroad enterprises.

His wife was a sister of Governor William Larrabee. 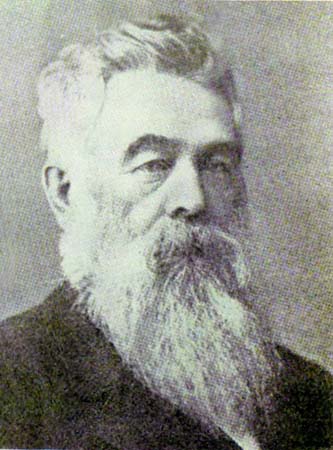