Curtis Austin Wahlberg, a son of Chris Wahlberg and Tami (Zellmer) Swanson, was born on April 18, 1995, in Sioux City, Iowa. Baptized and later confirmed as a youth, he attended grade school and graduated from high school. On a more personal note, he and Crispina Parra were blessed with one son, Cayden Parra Wahlberg. Curtis served his community as a Volunteer Fireman for the Storm Lake Fire Department. In addition, he cherished the time he spent with his fireman family, both on and off duty. Otherwise, he worked for the City of Storm Lake in various capacities.

In his free time, Curtis enjoyed relaxing on the lake, hunting, going to Puffs, watching the Red Sox, talking cars, riding motorcycles, or doing anything else involving the crew. A huge Iowa Hawkeyes fan, he, especially, liked tailgating for Iowa Hawkeye Football games. Above all, however, Curtis loved spending time with his family, particularly with his son, twin brother, and sister; not to mention his beloved lab, Molly.

Those left to cherish his memory include his love, Crispina Parra, of Storm Lake, Iowa; his son, Cayden Parra Wahlberg, of Storm Lake, Iowa; his parents, Chris and Linda Wahlberg, of North Carolina, and Tami and Steve Swanson, of Storm Lake, Iowa; his twin brother and best friend, Cale Zellmer Wahlberg, of North Carolina; his sister, Alicia Christine (Daniel) Wahlberg, of Germany; his brother, Bryce (Nicole) Husske; his sister, Ali (Mason) Swanson; his grandparents: Barry and Bobbie Wahlberg and Gene and Pat Zellmer, all of Moville, Iowa, and Jan and Bruce Specketer, of Wagner, South Dakota; his aunt, Michelle Zellmer, and her children; his uncle, Jeff (Becky) Wahlberg, and their children; as well as his lake family, his extended family, and his friends. Curtis was preceded in death by an infant brother, Nathan Wahlberg; and by Molly, Curtis, Cales, and Alicias beloved hunting partner and best dog ever!

Funeral services will be held on Friday, August 23, 2019, at 10:30 a.m. at Grace Lutheran Church in Storm Lake. Burial will follow in the Storm Lake Cemetery. Visitation is scheduled for Thursday, August 22, 2019, from 4:00 to 7:00 p.m. at the Fratzke & Jensen Funeral Home in STORM LAKE. In lieu of flowers, the family requests that memorials be given to the Curtis Wahlberg's Family Memorial Fund: Citizens First National Bank, PO Box 1227, Storm Lake, Iowa 50588, or for deposits via PayPal please send to: ACWAHLBERG10@GMAIL.COM . The Fratzke & Jensen Funeral Home in Storm
Lake is in charge of the arrangements. 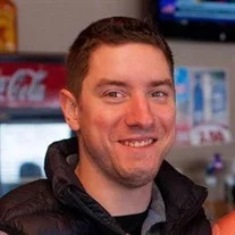