Danette Jerel (Johnson) Tropansky, 60, passed away on August 21, 2019, at 6:45 PM at her sister Sharmins home in Schaller from breast, brain, and spinal cancer which she bravely fought.

Danette was born on February 2, 1959, in a suburb of Seattle, Washington, to Jerald and Elsie Johnson. She has an older sister, Sharmin, and younger brother, Jerry, Jr., both of whom she loved very deeply.

Baptized in Seattle and later confirmed in Storm Lake, Iowa, at St Marks Lutheran church, she, always, kept busy over the years tending to church affairs. She taught Sunday School and served as Sunday School superintendent, Youth Group Leader, Church Board Secretary, Treasurer, Head of the Stewardship Committee, and in various other capacities.

On November 3rd, 1990, she wed David Tropansky at the Presbyterian Church in Alta, Iowa. They were married for twenty-five wonderful years before David died from complications of Multiple Sclerosis after a fifteen-year struggle. They were living in Bella Vista, Arkansas, at the time of his death. He was a good man, and she felt so blessed that God had chosen her as his best friend, caretaker, and wife. She was looking forward to joining him in heaven.

Danette received all her education in Storm Lake, Iowa, graduating from high school in May of 1977. Then, she attended Buena Vista College for two years studying accounting, but she preferred bookkeeping and worked for her father at his auto parts store for almost ten years. After he sold his business, she went to cosmetology school in 1984 and ended up working in salons, teaching for five years and even owning her own business in Alta, Iowa.

Ultimately, David and Danette decided they wanted to live in a much warmer environment, so in the beginning of 1998, they relocated to Bella Vista, Arkansas, where Danettes parents were living, and eventually where Davids parents retired as well. In time, Danette found an awesome job at Hendren Plastics in Gravette, Arkansas. She was office manager, bookkeeper, Human Resources Manager, and everything else her astounding boss, Jim Hendren, could think of. She loved her job and stayed there for almost twenty years. In January of 2017, however, she moved to Des Moines, Iowa, to work as a nanny while living with her nephew, Jon, and his wife, Val, and taking care of their three wonderful kids while the parents worked.

In March of 2018, tests showed that the breast cancer she had in 2014 had metastasized in her brain. Radiation was working, but by the end of 2018, the doctors found that cancer cells had spread to her spinal fluid as well. She retired for real in March of 2018 and in February of 2019 moved into an independent apartment in Altoona where her parents, also, had an apartment.

But these are just the facts of her life. Her timeline. It doesnt reflect on the love and trust she had in Jesus, her Lord and Savior. She loved her family and would try to help them in any way she could, from a warm smile to inviting them to live with her. And although David and she were unable to have children, they loved their nephews and nieces as if they were their own. Family can offer such a gift of love. As a small child, Danette couldnt wait to play with her cousins, see her aunts and uncles, and of course, her grandpa and grandma on the farm. She, always, treated her family as number one, and as she grew older, she acquired many friends whom she loved dearly. You never think of yourself as being very special but deep down she knew these people loved her, and she felt so lucky to have each one of them in her life, even for a short period.

Danette was survived by her parents, Jerry and Elsie Johnson, of Altoona, Iowa; her sister, Sharmin (Dennis) Grundmeier, of Schaller, Iowa; her brother, Jerry Johnson, Jr., of Ankeny, Iowa; her nephews, nieces, and their children: Craig (Hilary) Grundmeier and Mia, of Holstein, Iowa, Jon (Val) Grundmeier and Harper, Joel and Charlotte, of Pleasant Hill, Iowa, Roxanne (Trey) Gardner, of Fayetteville, Arkansas, Jacob (Vanessa) Johnson, of Des Moines, Iowa, Tristan Stone, of Cherokee, Iowa; Davids family: Joseph and Barbara Tropansky, of Bella Vista, Arkansas; Daves brother, Mark (Robin) Tropansky along with Davis and Anna, of Kansas City, Missouri, as well as by many aunts, uncles, cousins, other family members, and the friends she held so dear. Those preceding her in death include her husband, David Tropansky, on June 13, 2016, as well as her grandparents, aunts, uncles, and cousins. 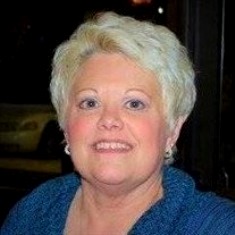