Robert Joseph Sampers was born on April 14, 1940, in Early, Iowa, to Joseph and Christina (Werkmeister) Sampers. The family prankster, he spent his early years exploring Sac County. After he turned thirteen, the family moved to Storm Lake, Iowa. There, he attended Saint Marys School, graduating in 1958.

Always ready for adventure, he enlisted in the U.S. Navy. On January 27, 1962, he married Pamella Wilson at the Naval Air Station (NAS) in Jacksonville, Florida. Then, he served in Rota, Spain, and onboard the USS Shangri-la (CVA-38). During this time, Robert and Pamella were blessed with their first two children, Brenda and Debbie. Soon after his honorable discharge from the Navy, they settled in Alta, Iowa. There, they rounded out their family with three more children: Cindy, Randy, and April.

Next, Robert began working for his father-in-law, Stan Wilson, building houses in Storm Lake. He, also, spent several years working at the Hy-grade meat packing plant. Adventuring out once again, he began a career as a Facilities/Safety Engineer in Texas, Alabama, South Dakota, Illinois, and Minnesota.

Returning home to Alta after retiring, he served on the Park Board for several years. In addition, as a jack-of-all trades and an avid garage sale fanatic, he enjoyed fixing broken Christmas items and furniture for his wife. Whenever something didnt work as it should, the answer was ask Bob. Moreover, he spent a lot of time creating an oasis in his backyard, gardening, and tending his fishpond. He loved old war movies, cartoons, trains, and especially his grandkids. Pretending not to know their names, he made up special names for all of them. His nieces and nephews affectionately referred him to as Mean Uncle Bob. Of course, they knew him as a real softie who would support them when they needed help.

He is preceded by his daughter, Brenda Bertsch; his granddaughter, Jennifer Boyle; his parents, Joe and Christina Sampers; his parents-in-laws, Stan and Jennie Wilson; his siblings and their in-laws: Marjorie and Richard Andrews; Merlin Davis; Larry Heinsohn; David, Donald and Joan, and Francis Sampers; his niece, Christina Jacobs; and his cousin, James Sampers. 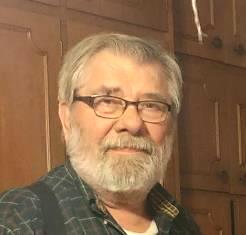