Marjorie H. Rudolph, age 93, of Storm Lake, Iowa, passed away on August 24, 2019, at the Good Samaritan Society in Newell from having lived an exceptional life.

She was born Marjorie Helen Splitgerber to Ruth and Wesley Splitgerber in Storm Lake Iowa. Having grown up on the family farm just north of Varina, she graduated from Varina High School. Next, she attended Secretarial School. During World War II, she worked for Lockheed Martin in Omaha in the administration office of the factory building B-52 Bombers.

After the war, Marj returned to Storm Lake and worked for Mamen Motors as their secretary. In time, she married and divorced Winfred Johnson with whom she had a son, Wesley. In 1956, she married Bill Lullmann. Since Marj loved to dance, they travelled far and wide to Polka Fests and other venues. In 1958, Marj competed in the Mrs. Trucker Beauty Pageant in Sioux City. She came in second in the National Competition. Bill and Marj, however, divorced in 1972.

Marj, also, loved to travel and meet new people. In 1972, she flew to Germany to see her son. They travelled through Germany and France before ending up on the eastern coast of Spain known as Costa Brava. After she married Richard Rudolph, they, along with her father, flew to Germany again to visit her son. They travelled not only through Germany, France, and Costa Brava, Spain, but were able to visit Hanover, Germany where her father had grown up before coming to America. Eventually, Marj and Dick retired from Lennox Industries. Nevertheless, they continued to maintain homes in both Iowa and Arizona before finally settling in Storm Lake in their later years. Active in the Amvets, she became a daily fixture there until her death, talking with friends, playing cards, and yes, having a cold beer, even at 93.

Marj is preceded in death by her parents; her brother, Ron; two sisters, Betty and Grace; and her husband, Dick.

She is survived by her life mate, Marvin Miller; her son, Wesley; her grandson, Wesley III; her stepdaughter, Gayle Matson; her nieces, Carolyn Hutzel and Diane Kneifl; her nephew, Dennis Young; and her cousins, Lynn Krogstad and Eldona Horner.

Memorial services will take place Friday, September 6, 2019, at 11:30 a.m. at the Fratzke & Jensen Funeral Home in STORM LAKE. Burial will follow in the Varina Cemetery in Varina, Iowa. Visitation will take place from 11:00 a.m. until the service time at the funeral home. A luncheon and a time of fellowship is scheduled at the AMVETS in Storm Lake following the service. In lieu of flowers, the family asks that memorials be sent in her name to UnityPoint Hospice, 112 West 5th Street, Storm Lake, Iowa 50588. The Fratzke & Jensen Funeral Home in Storm Lake is in charge of the arrangements. 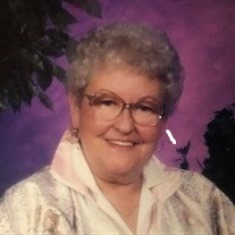