Born at Tremont, Illinois, May 28, 1843. Graduated from the Illinois State Normal University, where, after graduation, he taught for several years. He enlisted in the Civil War as a private and was severely wounded at Chickamauga. After the war he studied law at Washington University where he graduated in 1869. In 1870 he moved to Storm Lake in Buena Vista county, Iowa, where he entered upon the practice of his profession.

Judge Robinson was a member of the House of Representatives in the Sixteenth General Assembly and a Senator in the Nineteenth, Twentieth, and Twenty-first General Assemblies. After his service on the court he was appointed to membership on the Iowa Board of Control where he served from 1900 to 1913. 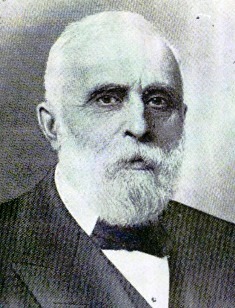